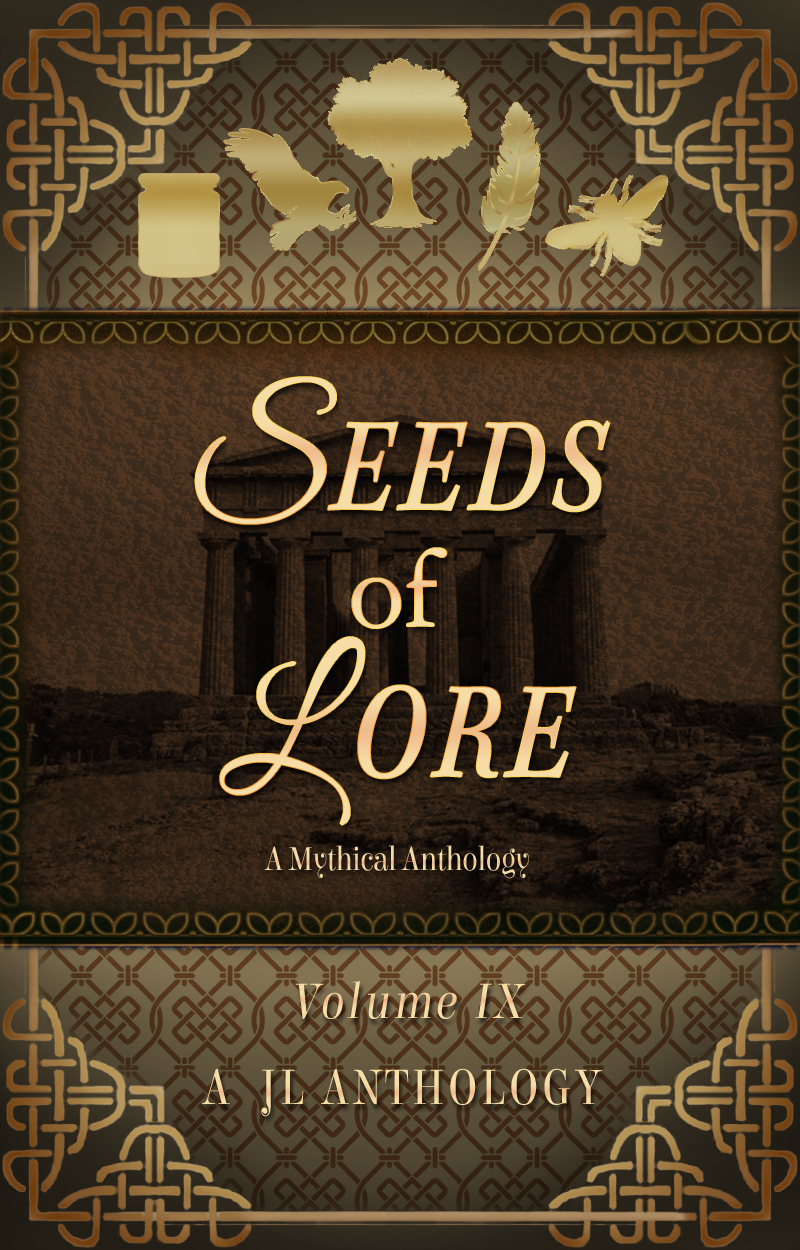 Steeped in tradition and universal truths, mythology and folklore are two sides of the same coin. In this collection, nine stories reshape such legends into new tales brimming with adventure and magic.

Deities don’t always have the answers: a mother goddess and her loyal queen bee search for a cure as the land withers around them; a war goddess chooses a mortal champion, but her gift of power comes at a price; and a grieving god travels to the underworld to rescue his best friend.

The trickery of fae is a legend of its own: a clever young man must outwit a wily leprechaun; a lost girl finds herself at the forest queen’s mercy when she stumbles upon a solstice celebration; and a rebellious girl must find her phone after a gnome steals it to punish her disobedience.

Even mortals can become myths in their own right: a determined prince rides out to discover who keeps stealing his father’s golden apples; a dissatisfied youth charged with keeping Excalibur safe fights against the tradition forced upon him; and a teenage boy has mere hours to prevent the end of the world after his father accidentally releases an Egyptian god.

Step into ancient worlds and new locales as you rediscover old truths.

Seeds of Lore was published on April 27, 2020, and is available for purchase on Kindle or in paperback.